Christopher tied for 1st in our Design Contest – Remodel/Additions in March.

"I am a Residential Designer in the San Francisco Bay Area designing custom homes and remodels. I have been designing homes since I was a High School student back in the 80’s in Austin Texas drafting by hand. I then moved to the San Francisco Bay Area and worked for a kitchen designer and then for a structural engineering company. I later needed a change and began my lengthy career as a designer when I started working with my good friend in Palo Alto Designing Homes by hand drafting and then later turning to AutoCAD.

"In 2005, I had attended the PCBC in San Francisco and spent most of my time watching the demonstrations of Chief and became a believer that this was the way for me to make a major change. I had a client that asked if I had any program that was 3D capable and had mentioned to him that I was thinking of getting a program that would help me make the inevitable transition, that is when he said let me buy it for you as part of my payment. I was then hooked and there was no turning back and made every effort to change from the horrific AutoCAD to Chief Architect.

"I think it was back in 2008 when I had the opportunity to design a new home that made my success story. I had the opportunity to finally do my first set of working drawings with Chief but it was when my client was so impressed with my 3D that catapulted me to the next level. I have been working with Chief since CA-v.7 to Chief’s current version X9. Chief has been the best tool since Have starting designing homes and only continues to get better. One of the best things about Chief is the online help from other users, one thing AutoCAD never had. I only continue to look forward and never look back with Chief as it continues to get better and better." 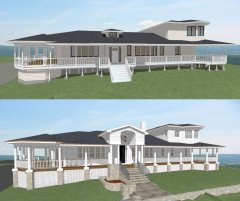 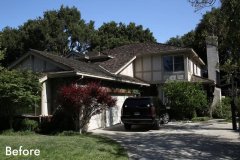